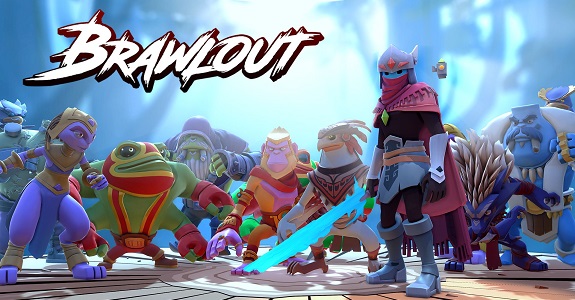 Yesterday, Angry Mob Games announced that Brawlout would be released on December 19th, on Nintendo Switch. it’s a worldwide release, with all regions (including Japan) getting it on the same day.

Here’s the latest trailer for the game, revealing Juan from Guacamelee as playable character:

Brawlout (Switch – eShop) will be released on December 19th, worldwide. The Upcoming Games page has been udpated!

Yesterday, Dodge Roll Games announced that the Nintendo Switch version of Enter the Gungeon would be released on the following dates:

Yesterday, Chucklefish shared a quick status update about Stardew Valley. The previously announced multiplayer is “coming along nicely”, with the developers working on implementing marriage between players. Work on festivals is done, with players being able to dance with someone at the Flower Dance even if they’re yet to win over any of the residents.

ConcernedApe, the creator, is also working on additional content to be released alongside the multiplayer update. Here’s a screenshot teasing that new content:

Earlier this week, Blitworks announced Hammerwatch for the Nintendo Switch, to be released sometime next year.

Hammerwatch (Switch – eShop) does not have a release date yet, but it’s already been added to the Upcoming Games page!

Earleir this week, Red Barrels announced that both Outlast and Outlast 2 were headed to the Nintendo Switch, in Early 2018. Unfortunately, that’s all we know about those two games for now!

Earlier this week, the team behind Ultimate Chicken Horse shared the latest devblog post for the game, and this one is definitely worth checking out. It details the Elephantastic Update, that will be available on Nintendo Switch at launch. Click here to find out everything this (massive) update has to offer!

Ultimate Chicken Horse (Switch – eShop) will be released in 2018.

Earlier this week, WayForward announced that the retail release for the Nintendo Switch version of Shantae: Half-Genie Hero would be called “Ultimate Day One Edition”. It will cost $39.99, and include the following:

It will be released this Spring in North America, with PQube distributing the game in Europe.

Also, WayForward has announced that the Friends to the End DLC would be released on the following days:

For more details about codes for Kickstarter backers, as well as development status for what’s left for the game, make sure to check out this Kickstarter update!

Earlier this week, Chucklefish shared the latest devblog post for Wargroove. In this one, the developers are introducing the first type of units, across all four factions… the Soldier!

The Soldier is the cheapest unit type in Wargroove, but this doesn’t mean that it isn’t useful. Soldiers have better movement range than many ground units, are able to capture structures, and their low cost means that they can be safe and cost-efficient to produce in great numbers. Their passive ability also increases their damage when adjacent to their Commander, which means that with the right amount of strategic foresight, they can be a force to be reckoned with!

Whether they’re undead, hidden behind a golden mask or even a terrifying plant-like predator, the soldier is always identifiable by their sword and shield.

Each week until the end of the year, they will reveal a different unit, so there’s going to be more devblog post like this one pretty soon!

Earlier this week, it was announced that Legrand Legacy would be released in Q1 2019. Here’s what the game is all about:

In the war-torn land of Legrand, a slave named Finn will rise from humble roots to possibly becoming a savior. After Finn exhibits powers beyond his control in the gladiator arena, an old man buys his freedom. Together they journey to save the man’s daughter, which leads them to a prophecy and a greater quest: to save Legrand from the second coming of a conflict that nearly destroyed the world in times long past.

Despite the looming darkness, Legrand is a thriving realm depicted in an art style delicately balancing eastern and western oil paintings. As Finn explores the beautiful world of Legrand he will learn the backstories of allies, uncover side quests, go fishing, and engage in fencing competitions in addition to intense hack and slash battles.

Exploiting enemies’ weaknesses and unleashing powerful attacks is key for victory. Craft weapons and unlock new magic abilities as the enemies become fiercer. When the stakes are at their highest, take to the battlefield with an army and conquer foes in tactical warfare.

By recruiting citizens of Legrand to join his party, Finn can upgrade his headquarters, Dumville Castle. As his party expands, Finn gains the services of blacksmiths, shopkeepers, and others that aid his journey. Can Finn and his companions gather the strength they’ll need before the world falls to its impending doom?

Next week, Bleed (an action platformer) will be released on Nintendo Switch. Here’s a trailer and a list of the key features:

Bleed (Switch – eShop) will be released on December 14th. The Upcoming Games page has been updated!

Here’s the latest video clip for Bloodstained: Ritual of the Night, showing Myriam firing a pistol:

Greetings army of the night…I bring unto you a new reveal to start December with a BANG! More to come this month as promised, so stick around! pic.twitter.com/im7ZTaQblq

Bloodstained: Ritual of the Night (Switch) comes out in 2018, but does not have a release date yet.

Heads up for players who backed Yooka-Laylee on Kickstarter and are waiting for their download codes: they will be distributed via Backerkit pretty soon. With one, you will be able to pre-load the game, and starts playing the moment it goes live on December 14th. Check out this Kickstarter update for more details!

Here’s a trailer and some pictures for that update:

Penguin Wars (Switch) will be released in Q1 2018 in Europe and North America.