Marvelous have shared yet another trailer for Daemon x Machina, this time focusing on the various character in the game:

Nintendo have shared a message about an issue impacting Fire Emblem: Three Houses. Some users have reported not being able to launch the game after purchasing the Expansion Pass for it. The development team is currently working on a fix, and in the mean time, users who are impacted by this can try deleting the DLC data (which will have no impact on the save data).

It has been announced that Ghost Blade HD, an intense Bullet-Hell top down shoot ’em up, will be released this October worldwide. It will be playable in the following languages: English, Spanish, French, German, Italian, Japanese, Korean, and Trad. Chinese..

Ghost Blade HD is an intense Bullet-Hell top down shoot ’em up, composed by frenetic and addictive score-based gameplay. With its inspiration going back to the shooting games of the 1990s era, Ghost Blade HD ties old memories to current tones and techniques. Designed with a modern graphic style and special effects, Ghost Blade HD also features an awesome 2-player mode! Ghost Blade HD is easy to learn, hard to master.

The game is getting a Limited Edition courtesy of eastasiasoft, with pre-orders opening on September 11th. 3 000 units will be available worldwide for this LE, which includes the following:

The game will also be available in a regular edition, for those of you who don’t care too much about the extra goodies.

Nighthawk Interactive have announced that they are bringing My Friend Pedro at retail on November 12th in North America. Retail copies cost $29.99, and include the following: 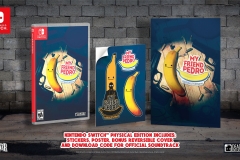 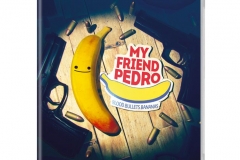 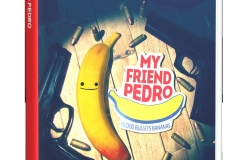 My Friends Pedro (Switch) comes out at retail on November 12th in North America. The Upcoming Games page has been updated!