After teasing it over the past few days, Chucklefish have finally revealed the free DLC for Wargroove, which is called Double Trouble. As the title hints at, it was designed with co-op in mind.

Here’s what included in the Double Trouble DLC:

The free DLC also brings new Editor Tools, as well as game balance changes. You can find some details about both on this page! 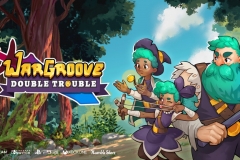 Unfortunately, we don’t know when the DLC will be released. It’s currently in the final testing phase, which means its release isn’t that far off!

Image & Form have announced their latest game for the Nintendo Switch, and it’s not quite a new one… It’s a port of Anthill, one of their earliest games, originally released on iOS. It will be released on October 24th in Europe and North America, and will cost 9.99€ / $9.99.

By drawing pheromone trails, you direct your ground forces to different destinations, working with streams of units rather than individuals. Similar to a tower defense game, your mission is to protect the hill as wave upon wave of enemy bugs are thrown at you.

Anthill (Switch – eShop) comes out on October 24th in Europe and North America. The Upcoming Games page has been updated!

PQube have announced their latest game for the Nintendo Switch: Inertial Drift, a 1-on-1 arcade racer developed by Level 91 Entertainment with a unique feature… twin-stick controls! It will be released in Europe and North America this Spring.

Inertial Drift (Switch – eShop) comes out this Spring in Europe and North America. The Upcoming Games page has been updated!

Microids have announced a “Mega Collector’s Edition” for Astérix and Obélix XXL3: The Crystal Menhir, which includes the following: 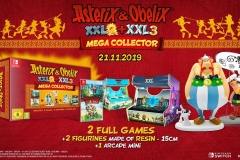 They have also announced that the Collector’s Edition will no longer include the two small figurines. Instead, it will come with two skin packs: 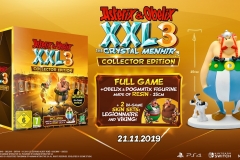 Astérix and Obélix XXL3: The Crystal Menhir (Switch) comes out on November 21st in Europe and North America.