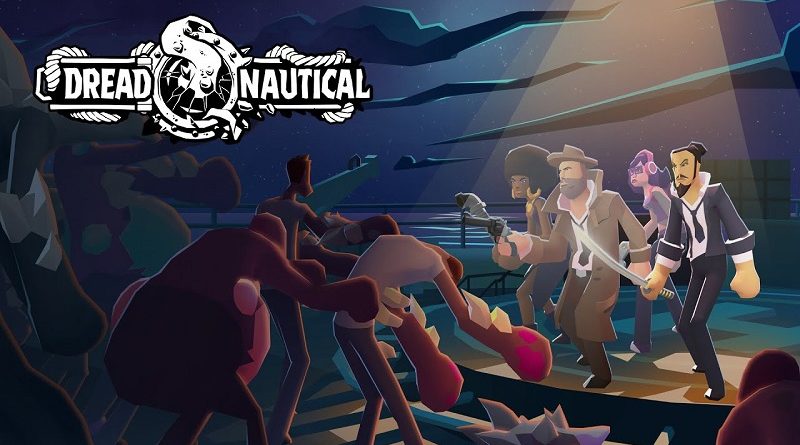 Zen Studios have announced their latest game for the Nintendo Switch: Dread Nautical, a horror-themed strategy RPG. It will be released on April 29th in Europe and North America.

A tactical, turn-based RPG with roguelike elements, Dread Nautical combines immersive strategic gameplay with a charming—yet captivatingly eerie—atmosphere, making for one of the most unique videogame releases of the year. Mysterious, supernatural forces have overwhelmed the luxury cruise liner known as the Hope with malevolent monstrosities aimed to wipe out any guest in their path. After choosing one of four unique characters, players will traverse twenty, randomly generated decks of the ship, seeking food and other supplies. Along the way, they’ll encounter 11 other colorful survivors, who may choose to join the fight based on what the player input and savvy social interaction. Properly planning which companions to bring, how they attack, and what skills to upgrade are the keys to escaping this “vacation” alive.

Dread Nautical (Switch – eShop) comes out on April 29th in Europe and North America. The Upcoming Games page has been updated!

Glass Revolver and Armor Games have announced that Itta will be released on April 22nd in Europe and North America.

Here’s another trailer and some more details about the game:

ITTA is a boss-rush style adventure about loss, grief and hope. Players take control of a young girl, the titular heroine, armed with her father’s revolver, who finds herself in a strange and threatening landscape, guided by the ghostly form of her cat. To help Itta find a way home, players will need to seek out a host of hostile eldritch beings scattered throughout a seemingly serene overworld. The only way past them is through them, but it won’t be easy, as each malevolent being will require a unique strategy to beat. ITTA is a creation based on developer Jacob Williams’ lived experiences, and began life during Williams’ stay at a psychiatric facility, where development on the game was started. In spite of its bleak beginnings, the game invites players to fight for survival in a world where themes of despair live alongside those of hope, beauty, and compassion.

Itta (Switch – eShop) comes out on April 22nd in Europe and North America. The Upcoming Games page has been updated!

The latest DevBlog post for Moving Out is now live, and this one is about technical problems the developers encountered during development. Click here to check it out!

Moving Out (Switch) comes out on April 28th worldwide, with retail release on April 29th in Japan.