Nintendo and LEGO have announced a new set of Nintendo-themed LEGO to be released on August 1st worldwide: the LEGO Nintendo Entertainment System. It’s basically a NES-shaped LEGO set, complete with a TV (also made of LEGO bricks). Unfortunately, it’s not an actual NES you can play real games on! It will cost 229.99€ / $199.99.

Here’s a promotional video, some details, and some pictures:

Recreate classic Super Mario Bros. gameplay with this cool LEGO Nintendo Entertainment System! Place the Game Pack in the brick-built console. Turn the handle on the retro TV to make 8-bit Mario move across the screen. And place LEGO Mario from the LEGO Super Mario Starter Course in the slot on top so he reacts to the on-screen enemies, obstacles and power-ups, while the original game’s theme tune plays! 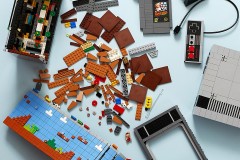 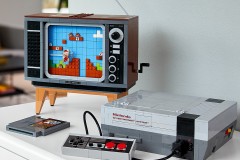 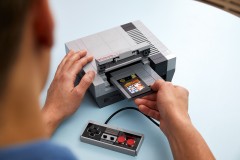 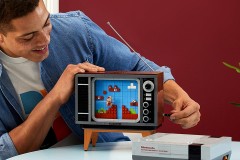 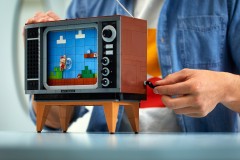 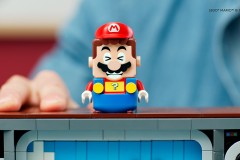 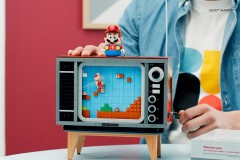 The LEGO Nintendo Entertainment System will be released on August 1st, alongside the LEGO Super Mario sets.

Forever Entertainment have announced that SpyHack, developed by Pyramid Games, will be released on July 16th in Europe and North America.

SpyHack (Switch – eShop) comes out on July 16th in Europe and North America.

Lion Castle have announced their latest game for the Nintendo Switch: Slide Stars, a “water slide adventure” featuring various social media stars. It will be released this Holiday season worldwide (including Japan), and will be available at retail and on the Nintendo eShop.

Here’s a trailer, some details, and the list of stars featured in this game:

Slide Stars is the first water racing platform adventure in which you can play with 20+ of the world’s biggest international social media stars. Players will be able to choose their favorite star, jump onto the ride of their choice, and blast through some of the world’s most crazy water slides! Slide, jump, and balance through insane tracks and overcome extreme obstacles. Are you ready for this extreme water slide adventure? YouTubers, vloggers, models, health & fitness celebrities, and social media sensations of all varieties and nationalities have joined the cast of Slide Stars to find out if they will make it to the finish line!

Here’s the launch trailer for Vigor, now available in Europe and North America: