Here’s the latest trailer for My Hero One’s Justice 2, showcasing the Photo Mode added in the latest Software update:

Nintendo have announced that the Nintendo Switch will be officially launched in Brazil soon. Unfortunately, the price, the release date, and the launch line-up are still TBA. This is great news for Nintendo fans in Brazil, as importing the console is anything but cheap. 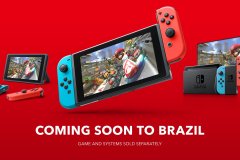 Niantic have announced that Heatran will be available from Raid Battles from August 21st to September 10th. 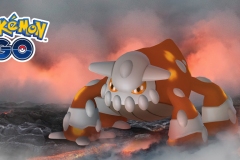 Niantic have announced that some more stickers are coming soon to Pokémon GO. 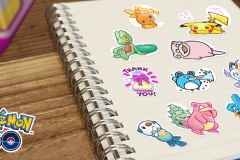 It’s Episode 2 of The Play! Pokémon Podcast! In this week’s coverage of the Players Cup, Jay and Scott look over the Top 16 Trainers left in VGC, and Mia guides us through the TCG shake-up from rotation and the addition of Darkness Ablaze. Then, Brendan is let loose to talk about the incredible finals of Pokkén Tournament DX. If that’s not enough, our Ace Trainers are left speechless by inspiring answers to The Question of the Week. Enjoy!