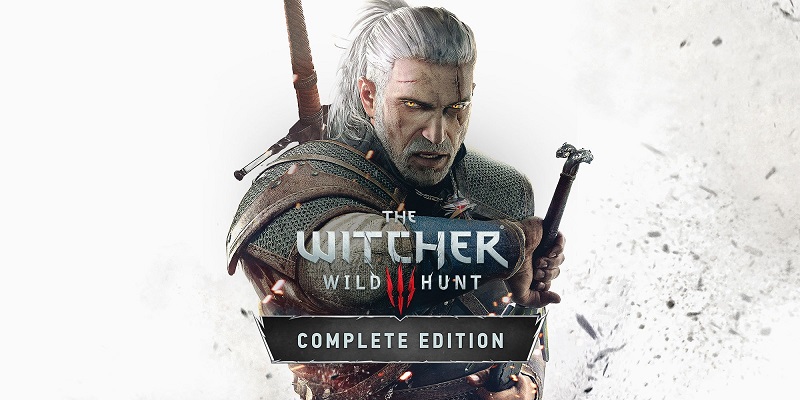 Today’s Daily news: Going Under announced for the Nintendo Switch, but also…

Team17 have announced their latest game for the Nintendo Switch: Going Under, a roguelite-inspired dungeon crawler developed by Aggro Crab Games. It will be released in September in Europe and North America.

Going Under is a roguelite-inspired dungeon crawler about exploring the cursed ruins of failed tech startups. You’ll wield office junk as weapons as you battle your way through the forsaken office complexes. Stab a demon with a thumbtack one moment, run over a goblin with a smart car the next–your options in combat are constantly changing. Throughout your run, you’ll also learn skills that change the way you play! Harness powerful effects that can light a whole room on fire, turn enemies to allies, or just make your arms really buff or something. Will you complete your internship alive? What will you learn about the startup that hired you, and their mysterious parent company? Can you save yourself from going under… for good?

Take on the unpaid internship from hell in this quirky roguelite! Clear failed tech-startups that have turned into dungeons! Battle their employees who have turned into mosters! Your only weapons, any junk you find lying around. Are you ready to gain ‘valuable work experience’? 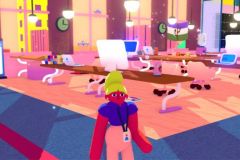 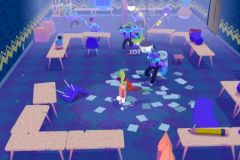 Going Under (Switch – eShop) comes out in September in Europe and North America. The Upcoming Games page has been updated!

PQube have announced that, due to the current climate, the physical release of Arcade Spirits in North America may be slightly delayed. The game will be released on the Nintendo eShop on May 1st as scheduled, and the European release is not impacted by this delay (at this time, at least).

Arcade Spirits (Switch) comes out on May 1st in Europe and North America.

NVidia have shared the recording of the presentation by Roman Lebedev (from Saber Interactive) at the GTC 2020, who came to talk about how The Witcher III: The Wild Hunt – Complete Edition was ported to the Nintendo Switch. Click here to check it out!

A lot of old and new games are ported to Nintendo Switch; this talk will show that Switch is a capable platform that can run even the most demanding today’s games with little loss in fidelity. We describe in detail CPU, Memory and Build size optimizations and tradeoffs we made during the development of Switch version of Witcher 3: The Wild Hunt.

Have you played Katana Kami: A Way of the Samurai Story? If yes, then Spike-Chunsoft have a survey for you to fill out: click here to check it out!

Capcom have shared some more Tips and Tricks for Mega Man Zero / ZX Legacy Collection: click here to check them out!