Here’s the latest trailer and some more screenshots for Cloudpunk: 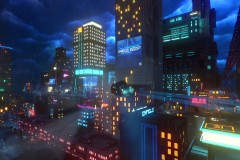 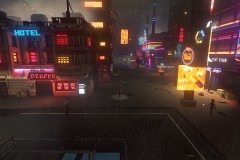 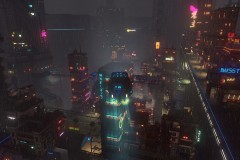 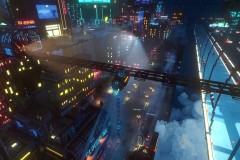 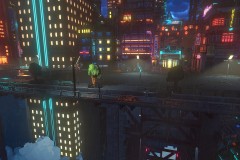 Cloudpunk (Switch – eShop) does not have a release date yet.

Here’s the 3rd Developer Diary video for Ninjala, which goes over the Ninjala season pass, the seasonal update schedule, and how to power up your characters:

Ninjala (Switch – eShop) comes out on May 27th in Europe and North America, and May 28th in Japan.

To celebrate the release of Trials of Mana, Square-Enix have shared an official interview with Masaru Oyamada (Mana series Producer) and Shinichi Tatsuke (Producer). Click here to check it out!

How challenging was it to move a 2D game into 3D? Is there anything that you particularly struggled with when you remade the game with the modernized graphics and systems?

Tatsuke-san: Recreating something that was depicted in 2D pixels with a fixed camera inevitably results in contradictions and things that look unnatural. It takes a lot of effort to make sure the three-dimensionality and distances look believable in 3D – we had to re-create the fields and adjust the level designs to make sure everything felt natural. Additionally, we struggled with how to depict some story events and cutscenes, and things like the timings within them. These were parts which players would need to use their imaginations to fill in the blanks back in the day. For the battle system, we put in a lot of effort because we needed to redesign it pretty much from scratch in order to heighten the action qualities in a more modern way.

NA Publishing have announced that they will release Blair Witch in Japan on June 25th, where it will get two editions:

Blair Witch (Switch) comes out on June 25th in Japan. No release date for Europe and North America yet. The Upcoming Games page has been updated!

Nintendo have confirmed that Lonely Mountains: Downhill will also be released on May 7th in Japan, like in Europe and North America.

The latest DevBlog post for Röki is now live, and this one is all about shadows: click here to check it out!

Here’s another video for the Ver. 3.0.0 update for Dragon Marked for Death, which is now available: