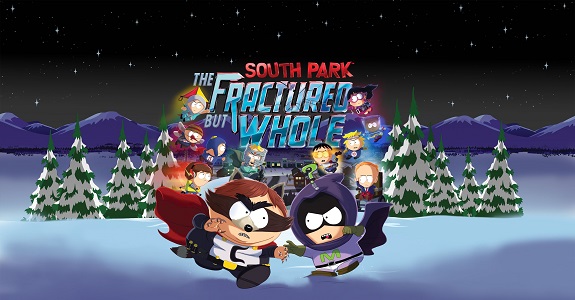 South Park: The Fractured But Whole

Yesterday, Ubisoft announced a new DLC Pack for South Park: The Fractured But Whole, called Bring the Crunch. It’s developed by Ubisoft San Francisco, and includes a brand new story campaign and the “Final Girl” superhero class. This new class brings new combat tactics and traps.The best part? Once you’ve saved Lake Tardicaca, you will be able to bring your new powers and buddy to the rest of the game.

Here’s what the story of the DLC is about:

In Bring the Crunch, your newest buddy, Mint-Berry Crunch, aka Bradley Biggle, aka Gok-zarah, has just arrived from his home planet of Kokujon with the tremendous power of mint and berries. Meanwhile, an idyllic summer at Lake Tardicaca turns into a nightmare when the camp counselors go missing. With the fate of summer camp in jeopardy, Fastpass sends out a Coonstagram distress signal. Team up with FastPass, Doctor Timothy, Professor Chaos and the newest member of the Coon & Friends, Mintberry Crunch, to save summer camp.

Bring the Crunch comes out on July 31st in Europe and North America. The Upcoming Games page has been updated!

Here’s the latest trailer and some more pictures for Jake Hunter: Prism of Eyes:

Yesterday, Flyhigh Works announced that Fairune Collection was getting a physical release via Super Rare Games. More details will be available soon!

The FIFA World Cup 2018 ended last week, with France winning and becoming world champions for the second time. But how did things turn out in FIFA 18? Electronic Arts has shared a really interesting infrographics, revealing various stats about the World Cup in-game: most supported teams, most common final match-ups, and more.

In order to celebrate the launch of Octopath Traveler, the developers wrote some messages for fans. Said messages have now been translated, and can be found on the official Nintendo website!

Here’s the people that left a message:

Adventure Time: Pirates of the Enchiridion

Here’s the launch trailer for Adventure Time: Pirates of the Enchiridion:

Adventure Time: Pirates of the Enchiridion (Switch) comes out on July 20th in Europe.

Here’s the latest and final episode of the Sonic Mania Adventure web series:

Sonic Mania Plus (Switch) comes out on July 19th in Japan.

Yesterday, Atooi announced that Mutant Mudds Collection was finally getting a physical release. There will be a total of 4 000 copies made worldwide, and all copies will come trading cards and stickers.