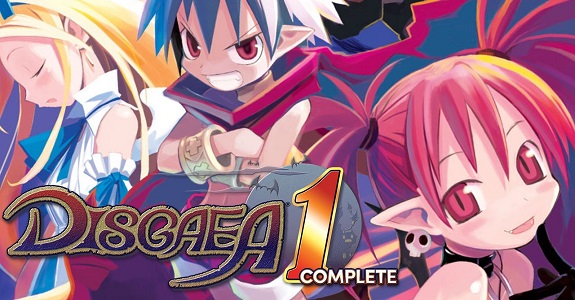 Here’s the latest trailer for Disgaea 1 Complete, introducing the characters from the Netherworld:

Yesterday, Zoink Games announced that Flipping Death will be released on August 7th in Europe and North America on the Nintendo eShop. The retail release will follow shortly after (exact date is still TBA).

Starting today, World End Syndrome is available for pre-purchase on the Nintendo eShop in Japan. The game costs 5 800 Yen, and requires 4.7GB of free space. Unfortunately, it does not offer an English language option, which is hardly surprising since it hasn’t even been announced for Europe or North America (yet?).

Here’s pictures of some of the special costumes for Warriors Orochi 4 that players can get as retailer bonus in Japan:

And here’s the latest soundtrack sample:

But that’s not all: here’s the FM version of the main battle theme, shared by Yuzo Koshiro yesterday (unfortunately, it’s not available in-game!):

Today, althi made a rather unexpected announcement: WorldNeverland – Elnea Kingdom is actually getting a retail release in Japan, on October 25th. The game will be identical to the Nintendo eShop version, though it will come with a bonus costume set. It will cost 4 600 Yen.

WorldNeverland – Elnea Kingdom (Switch) comes out at retail on October 25th in Japan. The Upcoming Games page has been updated!

Earlier this week, PM Studios and acttil announced that Musynx would soon get 11 additional songs, for free. One of them is “Taiyou Paradaisu”, the opening song of NEKOPARA. Here’s a trailer:

But that’s niot all: the update will also include a Jump feature (allowing you to browse the +90 songs library), and will add Japanese and Chinese language options. More details about the update (including the release date) coming soon!

Here’s some pictures for the latest set of DLC cars for Gear.Club Unlimited:

Here’s the latest set of pictures for Okami HD: