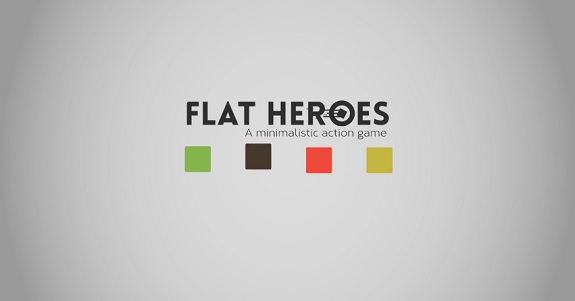 Here’s a trailer and some screenshots, along with some details:

SubaraCity on Nintendo Switch offers a new twist for puzzle game fans, combining careful planning with relaxing gameplay. You’re not just matching blocks, but you’re city building at the same time! On Nintendo Switch the game can be played on the TV with the controller, or you can even play in portable mode and use touch controls.

The buildings on the blocks can be combined into larger, and special, buildings. It’s a simple rule but there are hidden complexities, and as the years pass each move plays an important role. Your decisions will determine the city’s future – develop your city step-by-step to make a “SubaraCity”!

SubaraCity (Switch – eShop) comes out on August 9th worldwide. The Upcoming Games page has been updated!

Earlier this week, the latest Kickstarter update went live for Nairi: Tower of Shirin. This one has two main pieces of news:

Nairi: Tower of Shirin (Switch – eShop) comes out later this year in Europe and North America.

The longer you wait for something, the more you appreciate it when you get it. Anything worth having is definitely worth waiting for. #WednesdayWisdom

For all of you waiting, please enjoy this taste of the amazing music in #BadNorth pic.twitter.com/DJ0i3GCDyE

Here’s a Japanese trailer for Pirate Pop Plus, releasing on August 9th in Japan:

Pirate Pop Plus (Switch – eShop) comes out on August 9th in Japan. The Upcoming Games page has been updated!

Here’s a Japanese trailer for World Conqueror X, releasing in Japan on August 9th (with the same 20% off discount at launch as in Europe and North America):

World Conqueror X (Switch – eShop) comes out on August 9th in Japan. The Upcoming Games page has been updated!

Here’s a Japanese trailer and some screenshots for Block-a-Pix Colour, releasing on August 8th in Japan (price: 500 Yen):

Block-a-Pix Colour (3DS – eShop) comes out on August 8th in Japan. The Upcoming Games page has been updated!

Deep Core Cannon. The very best there is. When you absolutely, positively got to kill every enforcer in the room, accept no substitutes… @SpeedBrawl#SpeedBrawl #indiedev #gamedev #brawler #beatemup #switch #nintendo #xboxone #ps4 #steam #kartridge pic.twitter.com/HlQTctb5vY

If you are looking for a game where your kids can play toguether and cooperate, check out Flat Heroes, a minimalistic game for up to 4 players where you have to team up to beat tons of challenges. You can join in too!! Coming tomorrow for #NintendoSwitch #NationalPlayDay #coop pic.twitter.com/gFeivjythu