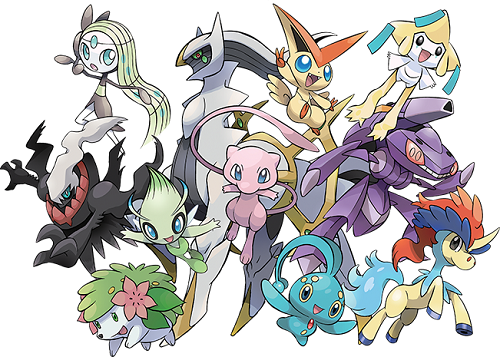 To celebrate the 20th Anniversary of the Pokémon series, The Pokémon Company is distributing mythical Pokémon every month until the end of the year. For May, it’s Darkrai that will be distributed, and via serial code this time.

Here’s the stores you will be able to get a serial code from:

The distribution will last from May 1st to May 24th, so make sure to get your code as soon as possible!

Earlier this week, we learned that Tatsuya Minami (former president of PlatinumGames) had stepped down. Here’s a statement a representative sent to Polygon about this:

As you may or may not know, this year is our 10th anniversary. We feel this is the perfect opportunity to reform our internal structure in order to strengthen our position as a developer, and changes in personnel affairs are a natural part of that.

And here’s the statement sent by Kenichi Sato (the new president):

I have recently assumed the position of President & CEO of our company, following the departure of Tatsuya Minami at the end of March 2016. With this, our board of executives now consists of myself, Seigo Tabira and Atsushi Inaba.

Please note that this change in staff structure in no way affects our dedication to our craft. I have utmost confidence that we will continue to create games to the same high standards that our partners and fans have come to expect from us.

Here’s some pictures of Monolith Software, who is currently recruiting in Japan. It’s your usual recruitment material, so don’t expect anything extra special in there!

Super Destronaut 2: Go Duck Yourself is the name of the new game Petite Games is bringing soon to the Nintendo eShop of the Wii U.

Here’s some screenshots and a video:

Our Upcoming Releases page has been updated with this new game!