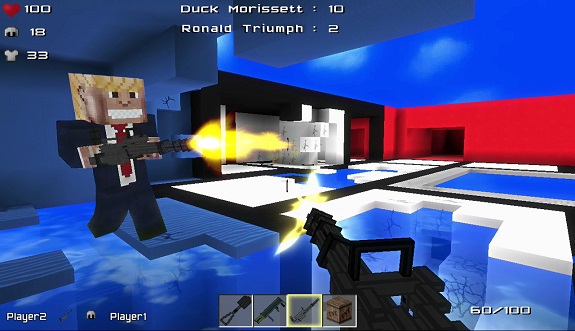 Cube Life: Island Survival is one of the many Minecraft clones that flourished on Wii U (and Nintendo 3DS) before Minecraft: Wii U Edition was released the platform. A “HD” version is coming to the Nintendo Switch at a later date, but before that, a spin-off will be released on Wii U… on Thursday!

Cube Life: Pixel Action Heroes (Wii U – eShop) will be released on March 30th in Europe and North America. It has been added to the Nintendo eShop line-up for this week in Europe, and the Upcoming Releases page!