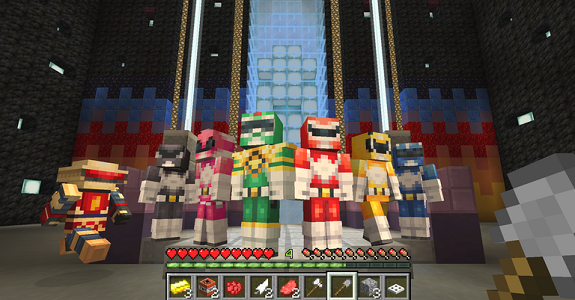 Yesterday, Mojang announced that Minecraft: Wii U Edition would get an update later today (tomorrow morning in Europe and Japan, due to timezones). This new update will bring a brand new mini-game, called Glide, which was “designed to test your aeronautical skills to the very limit”. It comes with one aerial track, which is the first in a series of free tracks to be released.

The Glide mini-game can be played in Single Player or Multiplayer, and offers several game modes:

Here’s a trailer and some pictures for the new Glide mini-game in Minecraft: Wii U Edition:

If you want to learn more about the mini-game, make sure to check out the blog post over at the official Minecraft website!

And alongside the Glide mini-game, a new skin pack will be released: the Mini Game Masters Skin Pack. Some of the skins are available for free, but most of them will need to be bought using pretty real, non-blocky money.

In order to access both the Glide mini-game and the new skin packs, you will need to download the latest update. You will find the patchnotes for that update in this post!