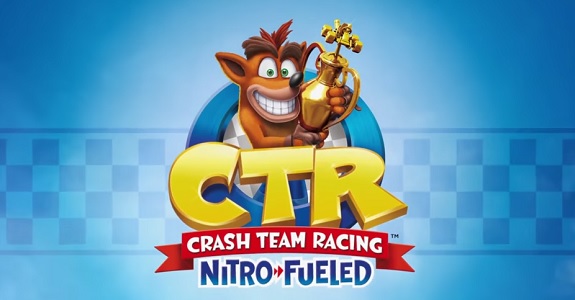 Looking for some more kart racer action on Nintendo Switch? If yes, you’re in luck: a “new” one was announced during the Game Awards 2018 yesterday! Introducing Crash Team Racing Nitro-Fueled, a full remaster of the CTR: Crash Team Racing, originally released nearly 20 years ago on the original PlayStation.

This HD remaster will be released on June 21st in Europe and North America, and is being developed by Beenox. It brings all the characters (Crash, Coco, Dr. Neo Cortex, and more), karts, tracks, and arena from the original, and gives them a brand new look in HD. As far as game modes, they’re all back: Adventure, Arcade Single Race and Cup Race, Time Trials and Battle Mode. And of course, the game can be played in Single Player or in Multiplayer, with the addition of online multiplayer.

Despite launching in June, the game is already available for pre-purchase, with a digital deluxe edition known as
Crash Team Racing Nitro-Fueled -Nitros Oxide Edition. It includes the following:

Finally, here’s the very first screenshots for the game:

Crash Team Racing Nitro-Fueled (Switch) comes out on June 21st in Europe and North America. The Upcoming Games page has been updated!