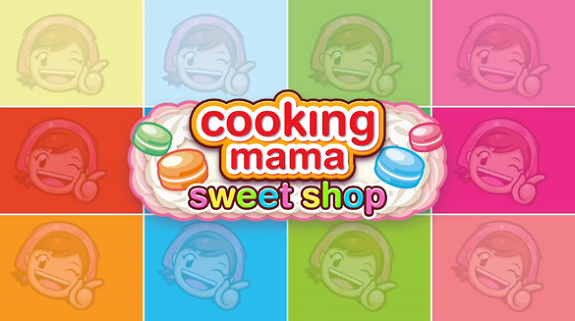 This time around, you have to cook various sweets and puddings, and then serve them to your customers in order to keep them happy (you can arrange and display them in your store as you want). The game features 60 different recipes, and no less than 160 mini-games (that use the stylus and the microphone of the Nintendo 3DS, in order to to cool, slice, stir, bake, and decorate).

Cooking Mama: Sweet Shop also features special events, that are triggered when specific conditions are met. And quite surprisingly, the game actually has a competitive multiplayer mode (up to 4 players), which allows you to challenge your friend in order to see who can make the tastiest treats.

NB: this game was originally released on November 16, 2014 in Japan, as Cooking Mama: Watashi no Sweet Shop.

Here’s the reveal trailer and some screenshots for Cooking Mama: Sweet Shop on Nintendo 3DS:

Cooking Mama: Sweet Shop (3DS) comes out in April in Europe and North America. The Upcoming Releases page has been updated!