Atelier Rorona Plus: The Alchemist of Arland on Nintendo 3DS a chibi version of the game, which originally came out on PS3/PSV. 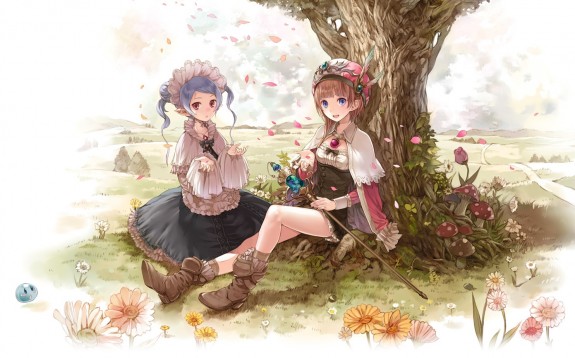 Of course, the only differences with the original versions isn’t just the graphics and the chibi characters, as the battle system has also been revamped. But that’s not all, there is also going to be some exclusive content, like Atelier Astrid.

Atelier Astrid is basically an extra story, featuring Astrid Zexis (the greatest alchemist in all Arland, and also Rorona’s teacher) and Sterkenburg Cranach when they were young. We don’t know much about this extra story just yet, but today, Gust uploaded the 4th official Play Video (the one uploaded on Monday was from Famitsu).

And of course, this 4th official Play Video focuses on… Atelier Astrid, the extra scenario made exclusively for the Nintendo 3DS version of Atelier Rorona Plus: The Alchemist of Arland!

Atelier Rorona Plus: The Alchemist of Arland (3DS) comes out on June 4th in Japan.