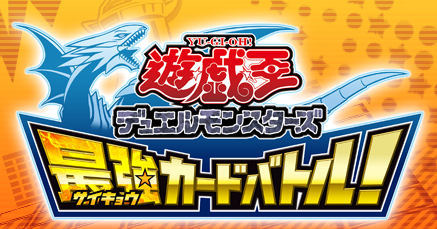 Released on July 6th in Japan, Yu-Gi-Oh! Saikyou Card Battle is a Free 2 Play title available on Nintendo 3DS (via the Nintendo eShop). We haven’t heard much about it since launch, but it looks it’s successful enough: Konami announced today that it had been downloaded over 1 million times since launch.

To celebrate that milestone, a special event went live today: it allows players to battle against Marik Ishtar, a famous character from the original Yu-Gi-Oh! series. If you manage to defeat him, you will be able to get three rare cards at random. You can also get the following card: Card #39, Utopia. The event will be live from today (November 21st) to December 4th, and the card download until November 24th.

Yu-Gi-Oh! Saikyou Card Battle was released in Japan on July 6th, and was in fact announced for Europe and North America shortly after its announcement. Yet, we haven’t heard about the game since, and the original release window is now over (Summer).

It doesn’t look like Konami has plans to release the game outside Japan anymore, especially since a 2016 release grows more and more unlikely with each day that passes by without an announcement…