This week, Konami sent a press release to confirm that the second Yu-Gi-Oh! game on the Nintendo 3DS (announced last month at the Jump Festa) would be released worldwide. Unfortunately, the company didn’t give any other details about it, and simply said the game would be launched sometime in Summer (just like Japan).

Unfortunately, we have literally no detail about the game, other than it will be released this Summer in Japan. Naturally, we don’t know if there will be a western release at all. If Konami does plan to release the game outside Japan, let’s just hope it will refrain from cutting as much content as they did for Yu-Gi-Oh! Zexal World Duel Carnival! 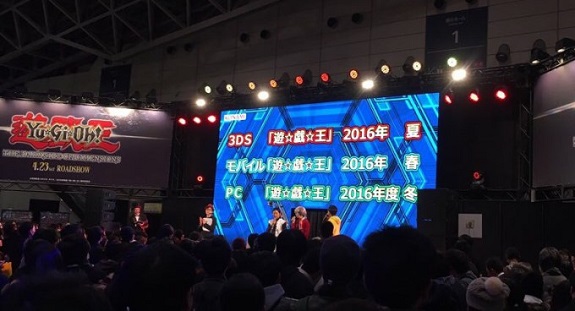