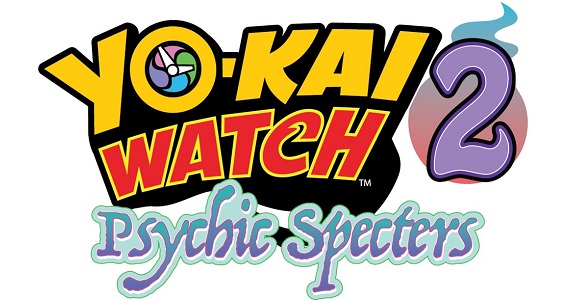 In Europe, Yo-kai Watch 2: Bony Spirits / Fleshy Souls was released last week, but in North America, it’s been available since September. Therefore, it’s not really surprising that while the game was indeed mentioned during the Nintendo Direct presentation for Europe, nothing really new was shown.

Wondering what’s new? Well… all this:

Here’s the segment from the Nintendo Direct presentation (starts at 2:41):

And here’s the boxart and some screenshots:

Meanwhile, in Europe, a new password was revealed (which may only work with the European version of Yo-kai Watch 2): SP@RKL3S!, which allows you to get a Glitzy coin (that gives you a chance to get a rare Yo-kai when used at the Crank-a-kai in-game). Also, players can get the Extravagant Crank-a-kai Set until June 2nd. It includes the following:

All you need to do to get yours is to talk to the lady at the post office. Do note that you can get one coin a week if you come back! Make sure to check out this post for all the passwords, and tons of QR Codes to scan to get various goodies in-game.

Yo-kai Watch 2: Psychic Specters (3DS) comes out this Fall in North America. The Upcoming Releases page has been updated!