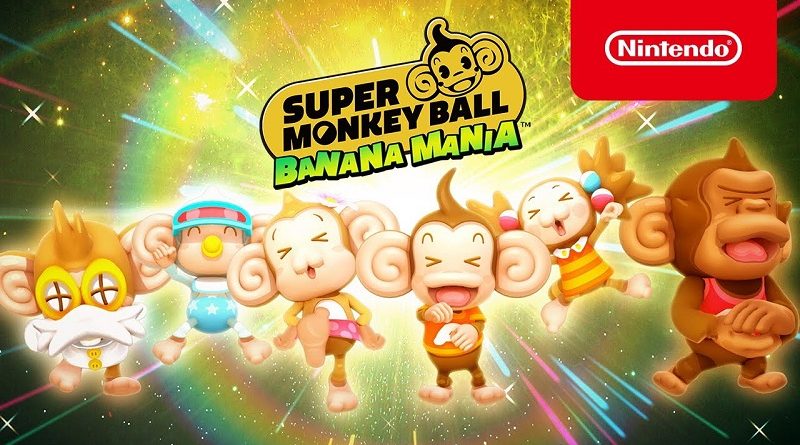 First announced during the Nintendo Direct at E3 2021, Super Monkey Ball Banana Mania will be released in early October worldwide. Even though there’s still over 3 months until release, SEGA have shared regular trailers and quite a lot of gameplay footage during the past few weeks. And it’s not over: a brand new trailer was shared today!

This new trailer is called Meet the Gang, and as the name indicates, it introduces the various playable characters found in the game:

Play as any one of the core cast of characters – AiAi, MeeMee, Baby, GonGon, YanYan and Doctor – as you roll, tilt, and bounce your way through wondrous worlds in the newest Super Monkey Ball adventure. No banana is safe when this all-star crew returns for more monkey mayhem!

Earlier this month, SEGA also shared a trailer to showcases the various worlds featured in the game:

From the lush scenery of Jungle Island to the mechanical madness of the Clock Tower Factory, join AiAi and your favorite monkey gang as you race through imaginative worlds in your quest to save your beloved bananas from the dastardly Dr. Bad-Boon!

Finally, here’s another trailer (in Japanese this time!) showcasing some story scenes (alongside some gameplay!):