Yesterday evening, XSEED published their 8th localisation blog post for Story of Season, in which Nick (one of the editors) talks a bit more about the localisation. He explains that when he joined XSEED, in May, the only text translated was the relevant stuff for the E3 demo. Then in the following months, he was able to make some real progress, especially with the help of two other editors.

There is so much text in a game like Story of Seasons that having several editors really helps… But it also has its challenges, as the writing needs to remain consistent. So right from the start, Nick wrote a document in which were outlined the personalities of every character, their speaking style, etc. This was actually a pretty easy thing to do, due to the very colourful nature of the cast in the game.

One part of localisation that was particularly “fun” was the “idle talk” (dialogue which is not part of a specific event), like the characters commenting on a bench or the colour of the pavement. In the game, there isn’t too much at once, and they serve as a great reminder of each character’s tastes. 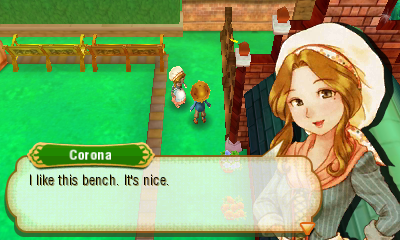 But it’s a different story for the editor who has to translate all the idle talk lines… It’s a bit hard not to lose your mind when you need to translate dozens and dozens of lines like “That is a nice bench!” or “Wowzers, that’s a red fence! Did you know red is my favorite color?”!

When the first pass of editing was done, the localisation team then had to check the translation by playing and using the debug mode (a really lengthy process). Unlike PC games, you can’t really release an update quickly after launch for console games. Thefore, you have to make sure there’s no issue left when the game is ready to be shipped: you don’t get a second chance.

In the end, 2 729 verified fixes were made: some of them were mere text display issues (fixed by the developers in Japan), but most of those were localisation errors like a character saying two opposite things in the same sentence (like “This meal is delicious!” and “I hate it!”), typos, and more. And since a playthrough in Story of Seasons isn’t really linear, it makes the whole process even more troublesome.