Yesterday, KnapNok games revealed the price of their upcoming Wii U eShop title: Affordable Space Adventure. Unfortunately, it won’t be that affordable, as it will cost 19.99$ / 18.99€ / 16.99£, but there’s a good reason for that.

KnapNok Games explained on NintendoLife that Affordable Space Adventures is a Wii U exclusive game. But that exclusivity isn’t due to a special deal with Nintendo or anything, it’s just that the game was tailored made for the Wii U and its GamePad. Therefore, the developers have to earn all their revenue on the Nintendo eShop, as a port on other platforms isn’t really an option.

Therefore, KnapNok really hopes that players interested in a great game, made specifically for the Wii U, are willing to pay the extra bucks for it. They’re also OK with players who prefer to wait for a sale, but they warn them: Affordable Space Adventures is going to remain full-priced for several months, during Spring and Summer at the very least.

Rather than taking part in a race to the bottom, KnapNok Games prefer to retain the value of their game, which will probably ruffle the feathers of players who prefer to game on the cheap. One thing’s for sure though: no matter the price, Affordable Space Adventures is definitely a game worth checking out! If you want to learn more about it, why not go and read the interview published recently by Nintendo on its official website? 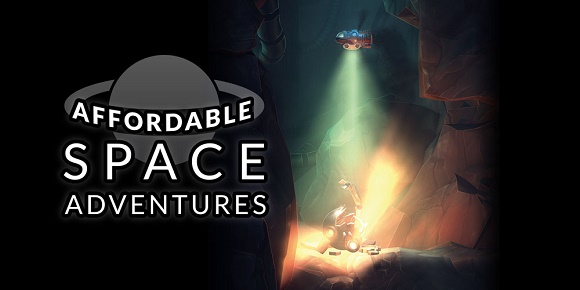 Affordable Space Adventures (Wii U eshop) comes out on April 9th in Europe and North America.