Did you enjoy the Splatoon Global Testfire demo, last week? Do you wish you could try out the game one last time before its release, on May 29th (May 28th in Japan)? If your answer is “Yes”, then you might have to stay up quite late on May 23rd (or get up very early on May 24th, depending on where you live!), as Nintendo has just announced one last session.

This last session for the Splatoon Global Testfire demo will last one hour, and take place on: 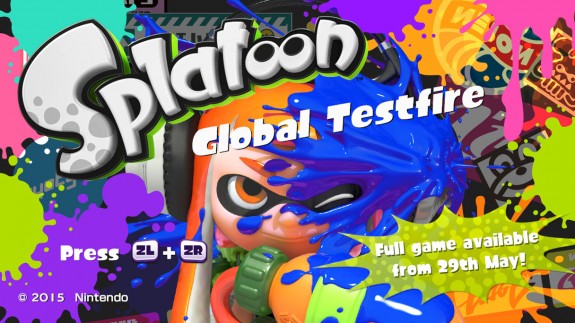 And don’t forget: if you’ve already played the demo, you can skip the tutorial. You don’t have to go through it again if you want to go play online right away!

Yesterday, Nintendo of America revealed another commercial for Splatoon, called “Ink It Up”: