Splatfest are special 24 hour long events that take place regularly in Splatoon. During those, players have to answer a question (such as “Do you prefer cats or dogs?”), before joining a team depending on their answer. At the end of each Splatfest, the team with the most points win, based on popularity and the number of battles won.

Today, Nintendo announced that the 5th Splatfest for Europe would take place on September 18th, exactly three weeks after the previous one. This time around, the theme will be “Is your room Tidy or Messy?”, which is (once again) different from the theme to be used in North America (see below for more details). 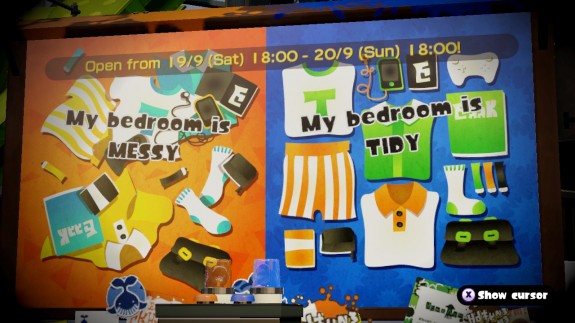 The 5th Splatfest for Europe will start on September 19th (Saturday) at:

As usual, this Splatfest will only be for players with a European copy of Splatoon. As for Japan, the 5th Splatfest is taking place right now!

Thanks Pidge for the heads up!

Yesterday, Nintendo of America announced that the 5th Splatfest for North America would take place on September 18th, exactly three weeks after the previous one. This time around, the theme will be “Art vs Science”, which is yet another 100% original theme, which hasn’t been used in any other Splatfest in Europe or Japan.

Here’s the announcement from the Squid Research Lab’s Tumblr page: 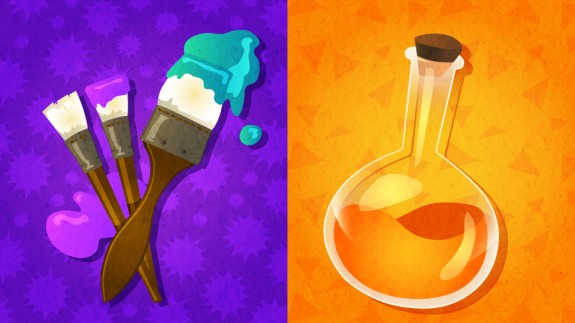 The next Splatfest draws near! Next week, we pit art against science! Now, we here at the Squid Research Lab know that you’re a talented bunch of artists. We’ve seen what you can do in art contests, on Miiverse and, not to mention, all the rad fan art uploaded to Tumblr! It seems at first glance that art will have no problem taking it all. BUT! When you think about all the greats hanging out on the science side (Bill Nye! Neil deGrasse Tyson! Beakman!), it’s not hard to see how science could win this one!

Pledge your allegiance tomorrow in game, and we’ll see you on the splattlefield 9/18 at 9 PM PT. You’ll have 24 hours to ensure victory for your team!

The 5th Splatfest for North America will take place on: