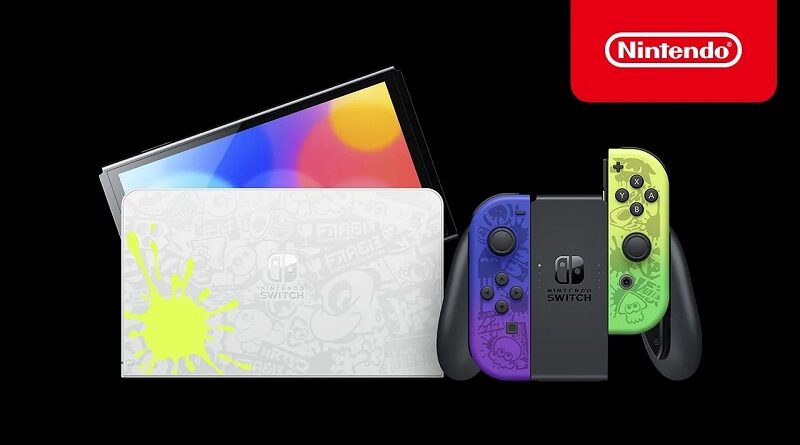 Splatoon 3 comes out in roughly 2 months, and there’s still a lot for Nintendo to reveal about the third entry in their third-person shooter series. But today’s announcement has nothing to do about the game itself: it’s about Hardware (and accessories)!

First, we have the Nintendo Switch – OLED Model Splatoon 3 Special Edition. It costs $359.99 (+$10 compared to the standard models), and comes with a special design for literally everything but the Joy-Con Grip! It will be released on August 26th worldwide (two weeks before the game itself), and will NOT include a copy of Splatoon 3.

Nintendo specify that this model will not be limited (at least in Japan), and there will be shipments after launch day (so don’t worry if you can’t secure a pre-order for it

Adorned with splashy, squid-tastic images straight out of Splatsville, the Nintendo Switch – OLED Model Splatoon 3 Special Edition includes a set of one blue and one yellow gradient Joy-Con controllers with white underbellies and a white, graffiti-themed Nintendo Switch dock.

Nintendo Switch – OLED Model features a vibrant 7-inch OLED screen, a wide adjustable stand, a dock with a wired LAN port (LAN cable sold separately), 64 GB of internal storage, a portion of which is reserved for use by the system, and enhanced audio in handheld and tabletop mode. The Nintendo Switch – OLED Model system can be played in three modes: TV mode, played on a TV while the system is docked; handheld mode, when the Joy-Con controllers are attached for portable play; and tabletop mode for on-the-go multiplayer gaming sessions. 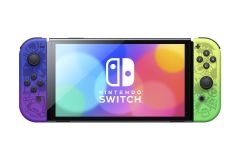 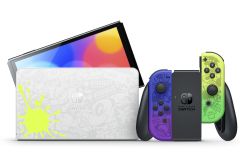 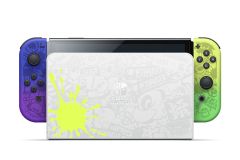 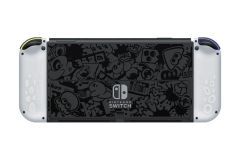 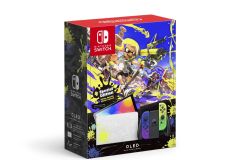 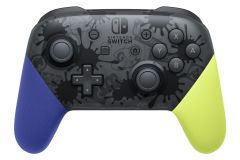 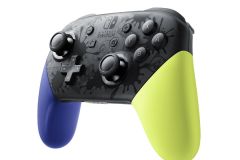 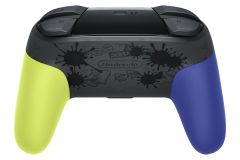 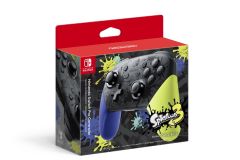 And on the same day, the Nintendo Switch Splatoon 3 Edition Carrying Case (which comes with 2 screen protectors) will be released for $24.99. 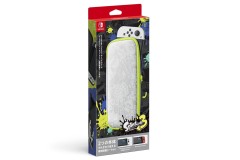 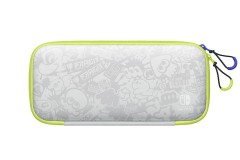 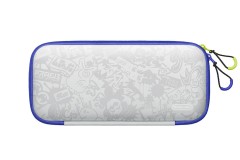