Last week, at PAX East, SNK held a panel about the Samurai Shodown series. Of course, it was mostly about the brand new game officially announced for the Nintendo Switch a few days ago, but there were also a nice surprise for long-time fans of the series (or those who simply want to discover its origins).

During the panel, it was announced that a Samurai Shodown NeoGeo Collection will be released this Fall worldwide. It will include the following games:

As usual, the Collection is not just a bunch of ROMs on a cart, there’s also some extras, such as:

More details about this Collection will be revealed at a later date.

But that’s not all: during the panel, a brand new character for the latest entry in the series was revealed: Darli Dagger. She may look like a pirate, but she’s actually a shipbuilder! 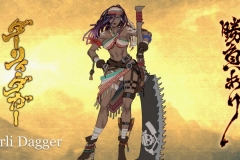 Charlotte is a French knight who values martial arts over authority. She will Embrace Death any time there is a threat to her country’s well being. 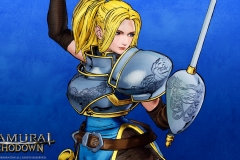 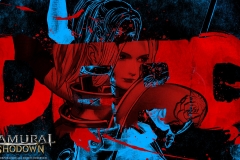 If you missed the panel (which was livestreamed on Twitch), SNK have uploaded the full recording on YouTube!