Yesterday, it was announced that the latest Pokémon anime series (simply called Pokémon) will debut on November 17th at 5.30PM JST with a 1h special. Here’s the second teaser trailer for it:

The anime series will have two protagonists: Satoshi / Ash (voiced by Rica Matsumoto) and Go (voiced by Daiki Yamashita). 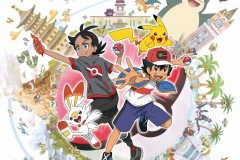 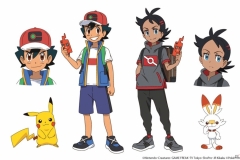 And here’s the list of key staff working on this anime series:

Niantice have announced some more changes for Trainer Battles in the upcoming weeks, with:

Click here to check out all the details about those changes!

Heads up for players outside the United States: the Adventur Sync: Nearby feature is now live in Europe, Brazil, Colombia, India, Mexico, the Philippines, and more.

The following items have been added to the Style Shop (200 Coins each): 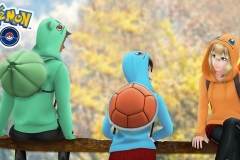 As part of a special event, there will be increased spawns of Lapras in Japan, and more precisely the Miyagi Prefecture. Said event will take place from October 19th to November 4th.

Here’s the latest videos for the Pokémon Sun and Moon anime series, with: