As announced earlier this week, the latest news about Pokémon The Movie: Mewtwo Strikes Back Evolution debuted during the Oha Suta variety program earlier today, in Japan. The first proper trailer for the movie was revealed, confirming that the movie is indeed full CG as implied by the teaser trailer.

And here’s some pictures (including a new poster): 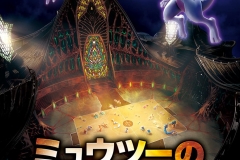 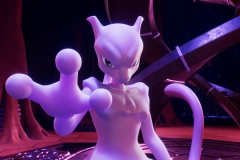 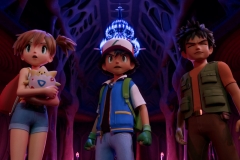 Pokémon The Movie: Mewtwo Strikes Back Evolution opens on July 12th in Japan. Details about the international release of the movie will come at a later date.

The Pokémon Company has announced that Pokémon the Series: Sun & Moon—Ultra Legends, the 22nd season of the animated series, will debut on March 23rd on DisneyXD (United States) and March 2nd on Teletoon (Canada).

This new season continues the adventures of Ash and Pikachu in the Alola region, alongside Professor Kukui and all their friends from the Pokémon School. Of course, you can expect our heroes to encounter all sorts of colorful new characters and many wonderful Pokémon during this season, and you can bet that Team Rocket will be there to cause trouble!

And here’s the latest video for the Pokémon anime series:

The latest Tournament is now live in Pokémon Duel, starting with qualifiers. This time, the winner can get a golden figure of their favourite Pokémon! 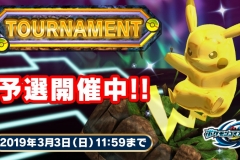