Today’s Pokémon news: preview for the next episode of the Pokémon Sun and Moon anime series, but also… 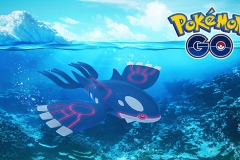 Niantic have announced that the Raikou Raid Day will take place on June 29th, at 4PM local time. As mentioned previously, it will also feature Shiny Raikou alongside the regular variant. 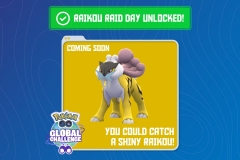 Since Spark’s Research Tasks were all completed last players, players have unlocked the following:

Those bonuses will run from June 18th to June 25th.

As compensation for that the weather issues during the Pokémon GO Fest in Chicago on Saturday (that led to a temporary interruption of the event on that day), all players who got a ticket for that day will be able to enjoy a special “event” on June 22nd, from 9AM to 7PM local time. During it, the following Pokémon will spawn:

Speaking of the Pokémno GO Fest in Chicago, Niantic have shared their usual recap: click here to check it out!

Heads up for players interested in attending the Pokémon GO Fest in Yokohama: you can now enter a drawing to get tickets for it from the in-app Events page. You have until June 27th at 4PM PT / 7PM ET – June 28th at 12AM BST / 1AM CEST / 8AM JST! 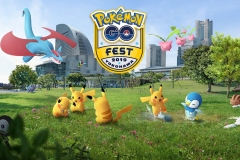