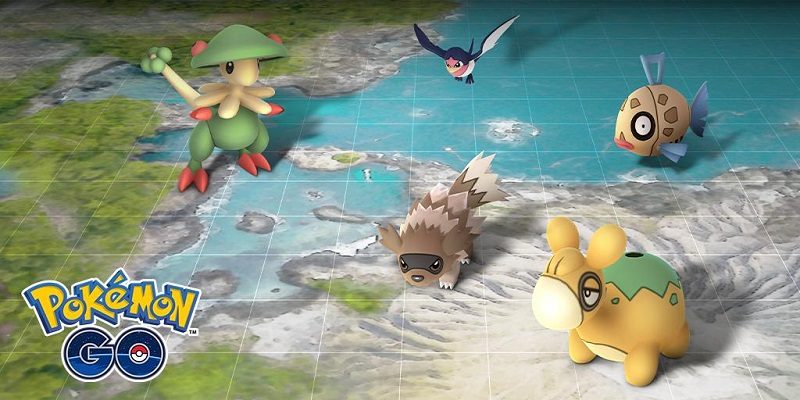 Yesterday, yet another event for the game was announced. It starts later today (1PM PT / 4PM ET / 9PM GMT / 10PM CEST / 6AM JST), and runs until January 29th. This time, the focus will be on Pokémon from the Hoenn region, who will appear more frequently in the wild. Also, if you evolve Shroomish into Breloom during the event, it will know the move Grass Knot (that cannot be learned another way).

Here’s the full details for this new event:

Today, registrations for the latest Battle Competition for Ultra Sun and Ultra Moon went live: the Simple Symphony. Here’s all you need to know about it:

Here’s the preview for the next episode of the Pokémon Sun and Moon – Anime series, airing on Sunday in Jpaan:

Here’s some pictures for the latest set of merchandise, coming to Japan this Saturday:

Here’s the preview for the next episode of Pokémon no Uchi Atsumaru?!, airing on Sunday in Japan: