First mentioned at E3 2017 in a video message from Tsunekazu Ishihara, and re-confirmed in May 2018 when Pokémon: Let’s Go, Pikachu! / Let’s Go, Eevee were revealed, the next mainline Pokémon RPG was finally revealed today during the latest Pokémon Direct presentation. Introducing Pokémon Sword and Shield, releasing in late 2019 worldwide!

Just like all previous mainline Pokémon RPG, Pokémon Sword and Shield is developed by Game Freak. It will be playable in the usual languages (the same since Pokémon X and Y): Japanese, English, French, Italian, German, Spanish, Chinese (Traditional and Simplified), and Korean.

Did you miss the Pokémon Direct? No problem! The full recording is now available on YouTube:

Pokémon Sword and Shield will debut a brand new generation, which means a brand new region! The one in this game is called the Galar region, and it’s said to be an expensive one offering diverse environements: 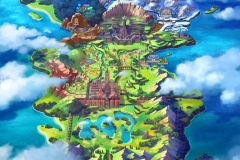 Apparently, the people and the Pokémon who live in this region work together closely to develop the industries.

While Pokémon Sun and Moon did away with the traditional gyms (replaced by Trials), Pokémon Sword and Shield brings them back. You will have the opportunity to go on a journey through the Galar region in order to visit the various Gyms, and try to become Champion.

Since Pokémon Sword and Shield debuts a brand new generation, it features a brand new set of starter Pokémon. Of course, the usual trio of Fire, Water, and Grass Pokémon is back, even though the Pokémon themselves are brand new. 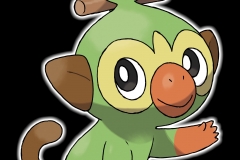 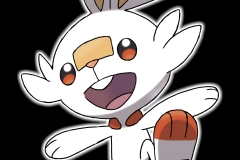 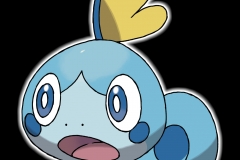 In the reveal trailer, various returning Pokémon can be seen, alongside the 3 new starters: you can find the complete list of Pokémon confirmed so far on this page! 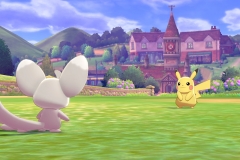 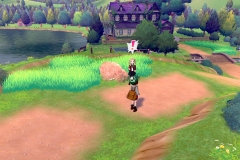 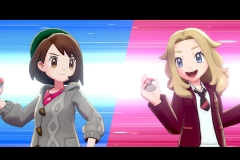 Pokémon Sword and Shield (Switch) comes out in late 2019 worldwide. The Upcoming Games page has been updated!