And here’s the latest poster for the movie, featuring plenty of Pokémon: 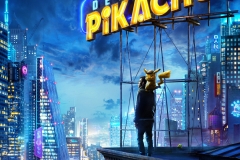 Pokémon Detective Pikachu comes out on May 10th in several countries around the world.

Smeargle started appearing in Pokémon GO this week, and it has a rather interesting mechanic: it appears in the wild by photobombing your AR photos, and it gets the same moveset as the Pokémon it photobombed.

However, there’s currently a glitch allowing players to use TMs on smeargle, and displaying a New Attack button, even though it should only be able to learn moves by using Sketch during a photobomb. This will be fixed in the next Software update, though any changes made to Smeargle’s moveset before the update will be preserved.

Some new items are now available for purchase in the in-game store: 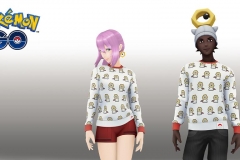 The Pokémon Company has uploaded a fake promotional video for the Alola region, the last one from their series dedicated to the various regions of the Pokémon world:

Here’s a promotional video for the Pokémon Shirts in Japan: