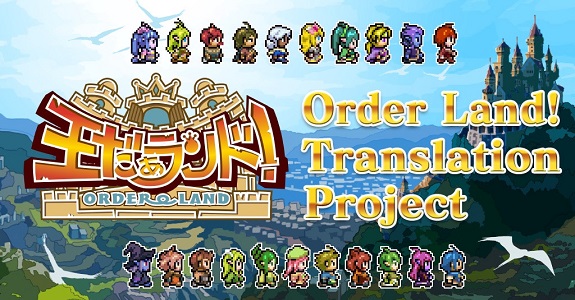 You probably remember Vroom in the night sky, a rather wacky game from Poisoft (a Japanese indie studio known for their wacky games like Splash or Crash / Kersploosh, but also RPGs) that was among the very first released on Nintendo Switch. Unfortunately, the game was poorly received in great part due to the rather awkard translation, though this wasn’t the only issue with the game.

Their second Nintendo Switch game was released pretty recently in Japan, and it’s called Order Land. It was previously released on Nintendo 3DS, but never made it to Europe and North America. Fortunately, it looks the Nintendo Switch has a shot of getting an English release… provided the Kickstarter campaign for its localisation is successful.

Here’s the video for the Kickstarter campaign, that explains what Order Land is all about:

If you’re interested in Order Land, and would like to see it translated into English, make sure to check out the Kickstarter campaign. The page also features a lot more details about the game, so don’t hesitate to go check it out even if you just want to know more about Order Land itself.