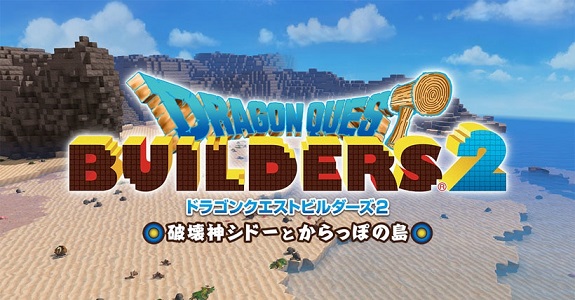 As usual, Nintendo revealed their updated launch schedule for upcoming Switch and 3DS titles today, along with their financial results for Q1+2 2018-19.

Unfortunately, this is a document for investors, who can check out how many games are coming out for each platform. It’s not a list for consumers or even the press, with exact dates or anything. Therefore, do not expect to find many new release dates in the lists below.

Said lists do not have anything really new this time around, but there is an interesting tidbit: Nintendo is listing Dragon Quest Builders 2 for 2019 in Europe and North America, even though Square-Enix hasn’t made any announcement. Even more intriguing is the fact that it’s listed as a first-party game.

It would not be the first time Nintendo published a third-party game (in fact, they did it this very month with The World Ends With You -Final Remix-, also from Square-Enix), but the key difference here is that Dragon Quest Builders 2 also has a PlayStatioon 4 version, and unlike the first game, the Nintendo Switch is not getting a late port this time around.

Does that mean Nintendo managed to get temporary exclusivity for the game outside Japan? Or that Sony will publish the PlayStation 4 version themselves? It certainly would be surprising if Square-Enix had Nintendo publish the Switch version while publishing the PlayStation 4 one themselves. Fortunately, we probably don’t have that long to wait before an announcement is made about the game!

There is unfortunately nothing else of note regarding first-party games, and no new third-party game listed on Nintendo Switch.

Nothing new regarding 3rd-party games on Nintendo 3DS in Japan, as all 2 games listed had previously been announced.

NB: since the planning is for the current Fiscal Year (April 1st to March 31st), it includes already released titles (such as The World nds With You -Final Remix-). And as always, keep in mind those lists are not exhaustive (they’re actually missing quite a few games and/or dates): for the complete list of upcoming games on all platforms, make sure to check out our Upcoming Games page!