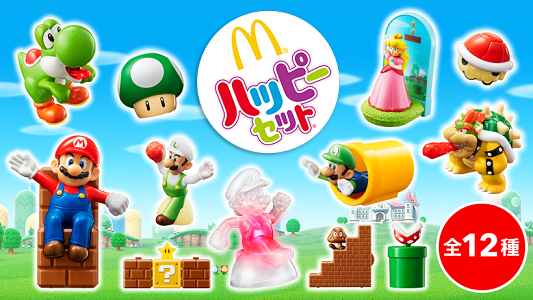 Today Nintendo news: some Super Mario toys to be available in Happy Meals next month in Japan, but also…

From January 6th, some Super Mario toys will be available in Happy Meals in Japan. There will be 12 toys in total, featuring Mario, Peach, Bowser, and more. Some of them even move and/or make sounds, and they all come in a special box featuring Mario and Peach.

Here’s pictures of the toys:

If you live in Canada, there’s some really interesting to deals to take advantage of during Boxing Week: click here to check out the complete list!

Here’s a new video for Yo-kai Watch 2, with a special giveaway for fans living in the United States and Canada!