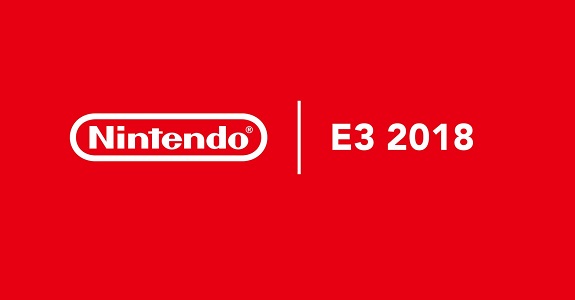 A few weeks ago, Nintendo announced that they would have tournaments for Splatoon 2 and the new Super Smash Bros. game at E3 2018 (check out this post for more details). And today, the company shared some more details about its plans for the biggest video game tradeshow of the year!

Just like in the past few years, the focus this E3 will be on games coming soon (before the end of the year, to be precise). Of course, that doesn’t mean we won’t get to see any games releasing in 2019 or beyond (we did get Metroid Prime 4 at E3 last year, after all!), but most of the games to be showcased this year will also be released this year.

For games launching beyond, the company specifies that they will be “featured at a later date”. Whether that means a specific event or not isn’t clear.

At E3 2018, the special spotlight will be given to one of the most highly-anticipated games on Switch: the new Super Smash Bros. game, announced earlier this year.

Qualiying teams representing the United States & Canada, Japan, Europe, and Australia & New Zealand will battle in order to earn a spot in the finals. Tickets will be available on-site. More details about how fans can attend in-person will be shared at a later date.

Tickets will be available on-site. More details about how fans can attend in-person will be shared at a later date.

Invited players will battle in the recently announced Super Smash Bros. game for Switch. Fans who come dressed as their favourite Nintendo characters will be able to play the game on stage in exhibition play… if they’re selected, that is! Tickets will be available on-site. More details about how fans can attend in-person will be shared at a later date.

Naturally, both tournaments will be livestreamed via the usual channels (YouTube, Twitch). You can bookmark the official E3 2018 website in order not to miss anything!

The usual video presentation. It will feature games releasing in 2018, including Super Smash Bros. for Switch.

During all 3 days of E3 2018, the Treehouse team will showcase various games, complete with appearances by developers. It will start right after the video presentation is over. The first game to be showcased is the new Super Smash Bros. title. As usual, everything will be livestreamed on YouTube and Twitch.

On the showfloor, visitors will be able to play a variety of games, including… yes, you guessed it: the new Super Smash Bros. game! In Japan, fans will also have the opportunity to try out the game, sometime in June (though we don’t know where, and how precisely: more details will be shared at a later date).

Also, some of the “most noteworthy upcoming third-party games” on Switch will be featured across several activities throughout the week, though it’s not clear what this entails just yet.

As usual, the video presentation and the tournaments will be shown live at the Nintendo NY Store. But that’s not all: from June 12th to June 15th, fans will be able to play a selection of games shown at E3 at the store.

More details about E3 2018, including the name of the video presentation, will be shared at a later date!