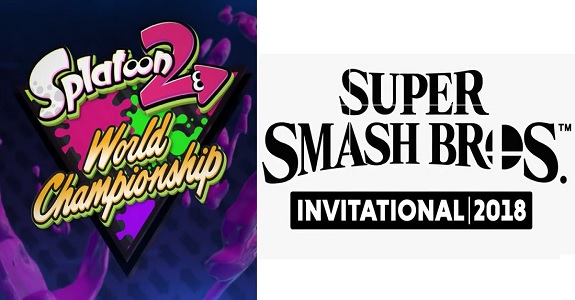 Today, Nintendo shared the very first details about their plans for E3 2018, which takes place from June 12th to June 14th in Los Angeles. There will be two tournaments this year: the Super Smash Bros. Invitational 2018, and the Splatoon 2 World Championship 2018. Naturally, both will be livestreamed on YouTube and Twitch!

We don’t know anything about this tournament, other than it will be played on the new Super Smash Bros. game (that much was obvious!). Since it’s an “invitational” tournament, only players invited by Nintendo will be able to compete. More details about the tournament, including the list of participants, as well as the time and date, will be shared closer to E3 2018.

We don’t know if there will be any announcement during the tournament itself (such as new fighters), but it’s quite likely Nintendo will have a few surprises up their sleeve!

The Splatoon 2 World Championship 2018 will take place on June 11th and June 12th. 4 of the top teams in the world will compete, in order to get their hands on the Splatoon Sterling Squid.

The 4 teams are from the following regions:

More details about the tournament will be shared at a later date!

The Splatoon 2 Inkling Open 2018 is an online tournament taking place ahead of E3 2018 in the United States and Canada, to decide who will get to go to the Splatoon 2 World Championship 2018. Naturally, it’s only open to people living in one of these two countries!

Here’s what you have to do in order to participate:

If you’re interested in participating, you can register by clicking here! If you want to get up to speed with the rules, click here!

Here’s what you can win: