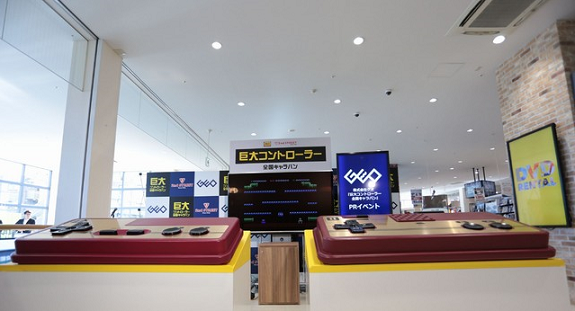 Ever dreamed of playing NES games on a giant, 2 metre-big controller? Well, you can from December 10th to March 25th at select Geo Stores, across Japan. The controller is so big, you need two people in order to operate it, which most definitely makes for crazy co-op action!

Here’s some pictures of the press event held on December 2nd:

In the past couple of years, Intelligent Systems have attended Comiket, selling some official merchandise. Of course, they will attend Comiket 91, taking place from December 29th to December 31st, where they will sell the following:

Here’s a video for that album:

And here’s pictures for other bits of merchandise:

Here’s pictures of a Pokémon Sun and Moon Calendar for 2017, now available at Pokémon Center stores across Japan: