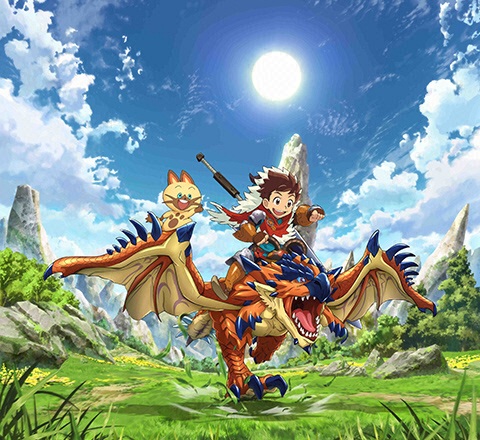 On September 30th, during a press conference, Chihiro Kameyama (President and Chief Operating Office at Fuji TV) announced that the Monster Hunter Stories anime would be produced by David Production. For those who don’t know, David Production was founded in 2007, and worked on anime series such as Level-E, Ben-To and JoJo’s Bizarre Adventure.

David Production became a subsidiary of Fuji TV in 2014, and this was part of a big push from Fuji TV in the TV Animation business. During the press conference, Chihiro Kameyama explained that the company planned to not only produce anime (via David Production), but also deal with licencing, distribution, and more. The president even mentioned a possible expansion overseas, using TV Tokyo (Naruto, Yu-Gi-Oh) as an example.

A few weeks ago, we learned that Fuji TV would create their first daytime slot in almost 10 years especially for the Monster Hunter Stories. Therefore, it really looks like this anime series is a pretty big deal for the company, who is trying to make itself a name in the TV Animation business.