Monster Hunter 4 Ultimate came out in Europe and North America in February this year (alongside the New Nintendo 3DS), and since then, Capcom has released a free DLC pack on the first Friday of each month. Since today is November 6th, the first Friday of the month, that means now is the time for the latest DLC Pack… which also happens to be the very alst one! 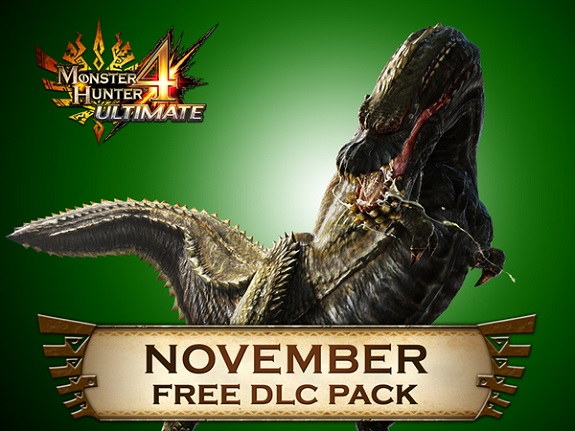 Here’s everything you can get for free thanks to the November DLC Pack for Monster Hunter 4 Ultimate:

As mentioned last month, this is the very last DLC Pack for Monster Hunter 4 Ultimate. If you got the game very recently, no need to worry: all the previous DLC packs (+ this one) are still available for download. Here’s a recap of everything added by Capcom since the launch of the game: