It turns out that no new Momotaro Dentetsu game will be revealed tomorrow.

The game to be showcased during the livestream is Momotaro Dentetsu 16: Hokkaido Daiidou no Maki (released on 2006 on PlayStation 2 and Wii, then ported to the Xbox 360 in 2007). This was announced via the show’s Twitter account, which seems to indicate the description on the NicoNico livestream page is erroneous. 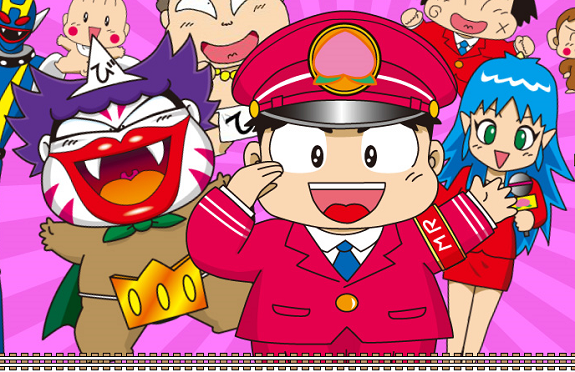 It’s been over 6 years since the last Momotaro Dentetsu game on consoles/handelds (it was in 2010, on Nintendo DS), but it looks like the series is about to make its comeback. For those who don’t know, Momotaru Detentsu is a series board-game video games not unlike Monopoly and sudoroku, which is pretty popular in Japan (the latest Wii game even made a comeback in Famitsu’s Top 30 recently, due to a TV show).

Last year, the creator of the series (Akira Sakuma) explained that he had heard “nothing from Konami. So ‘Momotaro Dentetsu’ is officially terminated”. According to the Nikkei, who reported the news, Sakuma was negotiating with Nintendo on development and marketing of a new game, which would have beeb released in 2016 or later.

And it turns out there will indeed be a new Momotaro Dentetsu game, but it doesn’t look like Nintendo will be involved. Indeed, the game is coming not just to Wii U and Nintendo 3DS, but also to PlayStation 4, 3, and Vita. It be showcased on Tuesday, during the latest episode of the Denjin Getcha webshow. The hosts of the show will even get to play the game live.

Unfortunately, that’s all we know about the game right now, as it hasn’t even been announced yet. In other words, the livestream will be the very first time we get anything about the game.

The latest episode of Denjin Getcha will be streamed on NicoNico, on Thursday at:

Momotaro Dentetsu is coming to Wii U and Nintendo 3DS in Japan, most likely this year. Our Upcoming Releases page has been updated with this new game!