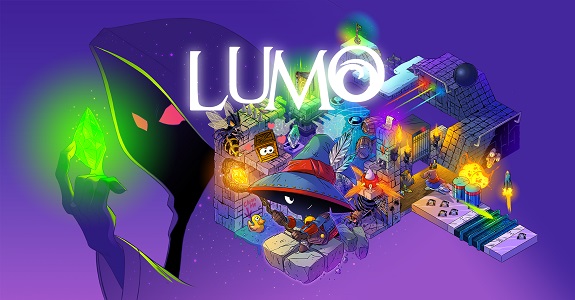 We already knew that Lumo was headed to the Nintendo Switch, thanks to a totally not obvious tease from its creator. And this week, Rising Star Games confirmed it, and shared some details about the Nintendo Switch version of the game (which will be available on the Nintendo eShop, but also at retail).

For those of you who have never heard of Lumo, it’s described as a classic isometric adventure with a modern twist, aimed at both oldschool players and new gamers:

As a contemporary take on the long-lost isometric platform genre, Lumo can be enjoyed by anyone looking for an absorbing, challenging and rewarding adventure. But for those who lived through the golden age of videogames – the 80s and early 90s – or know about the games and culture from that time, layer upon layer of nods, winks and touches to those times help build upon an experience that’s as heart-warming as it is exciting!

Lumo will be released in October: the press release only mentions “October”, but the website has a more accurate date: October 27th. As mentioned above, the game will be available both at retail and on the Nintendo eShop.

Here’s a trailer, some screenshots, some artworks, and the boxart:

Lumo (Switch) will be released on October 27th in Europe and North America. The Upcoming Games page has been updated!