Today, avex uploaded a video for Puyo Puyo Chronicle on their YouTube channel. But why avex, and not SEGA? It’s because it features AAA, the duo SEGA “hired” for the game’s promotion. The video features some gameplay footage, with a bit of the Story Mode (nothing really new), the Boss Battle Together mode, and finally some multiplayer.

Yesterday, Capcom revealed Monster Hunter XX (Double Cross) during the Monster Hunter Direct presentation. The game keeps the new elements introduced in Monster Hunter X, including the Hunting Styles. In fact, there will be two new ones: the Brave Style, and another one that will be revealed at a later date.

But in the extended version of the reveal trailer, we got a hint about that second new Hunting Style, who can apparently use exploding barrels. Capcom launched a Twitter campaign, and ask fans to try and guess the name of that new Hunting Style. There’s some prizes to win: a bag and some plushies of the four original Main Monsters! 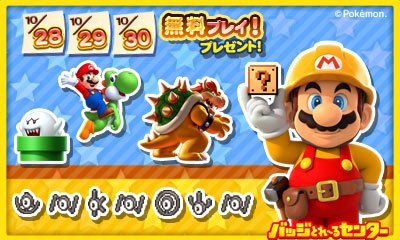