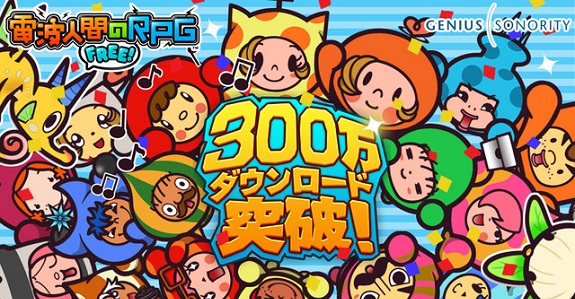 Today, Genius Sonority announced that Denpa Ningen no RPG Free! had been downloaded over 3 million times in Japan, which is truly impressive. The last time we got an update, it was on November 29th, when the game had reached 2.9 million downloads In other words, 100 000 more players downloaded the game in less than two months!

To celebrate, a special event will run from January 18th to January 25th. Here’s some pictures:

This week, Famitsu magazine will feature the following:

The latest issue of Famitsu magazine comes out on Thursday in Japan!

Here’s some pictures for the Mizutsune statue releasing later this year in Japan:

Today, Focus Home Interactive announced that Farming Simulator 18 would be released this year in Japan, on Nintendo 3DS. They also confirmed the Nintendo Switch version was on the way, with details to be revealed soon.

Today, it was announced that Doraemon: Nobita no Nankyoku Kachikochi Dai Bouken would be playable at the World Hobby Fair ’17 Winter. Here’s two more screenshots: