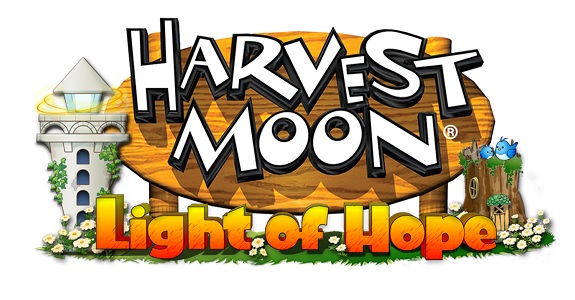 Ahead of E3, Natsume announced the latest game in their own Harvest Moon series, called Harvest Moon: Light of Hope. We still don’t know much about the game, but as promised last week, Natsume has begun sharing details and footage with the first in a series of Features Spotlights.

The first one is called “Rebuilding the town”, and it’s about… well, rebuilding! As mentioned in the announcement PR, at the beginning of the game, you land on an island that has been hit by a severe storm. Therefore, it’s no wonder that most of the buildings have been destroyed, and you’re the one who has to help the villagers rebuild everything.

As in many other games featuring (re)building, it all starts pretty easy. For example, Sam the merchant’s house only requires a few pieces of lumber to rebuild. But naturally, the further you progress through the game, the more complex the buildings that needs rebuilding, and the more materials you need. You will have to search for them throughout the island.

What’s more, rebuilding will allow you to explore more areas of the island. After all, bridges certainly weren’t spared by the storm, and have also been destroyed. If you want to see everything the island has to offer, you will need to rebuild them too!

Harvest Moon: Light of Hope (Switch – eShop) does not have a release date yet.