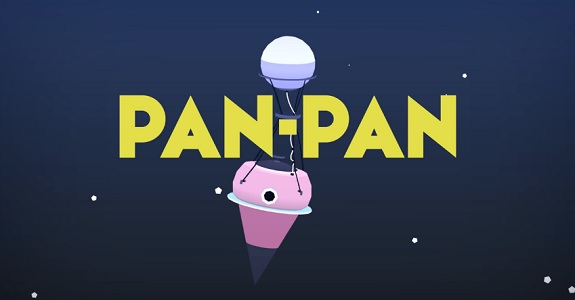 It’s usually from the European Nintendo eShop that we find out about upcoming Nintendo Switch games before they’re announced, but today’s new game was actually listed on the North American Nintendo eShop instead. That game is Pan-Pan: A tiny big adventure, from Spelkraft and Might and Delight (and published on Nintendo Switch by Circle Ent. and Flyhigh Works).

According to the product description on the Nintendo eShop, Pan-Pan: A tiny big adventure is an “open plain adventure” game that “expands on the concept of environmental narrative storytelling with puzzle solving and exploration elements at its core”. Your goal in this game is to fix your downed spaceship, and go back home. The game features “soothing ambient sounds” by Simon Viklund.

According to the listing on the Nintendo eShop, Pan-Pan: A tiny big adventure will be playable in English, Japan, and Chinese, which implies the release should be smilutaneous worldwide (at least, there should be no major delays between regions). The game requires 112MB of free space, and is compatible with the Nintendo Switch Pro Controller.

Here’s a trailer and some screenshots for the game (not from the Nintendo Switch version):

Pan-Pan: A tiny big adventure (Switch – eShop) will be released on September 14th in North America, and will cost $5. The Upcoming Games page has been updated!