In this new mode, the goal is simple: Pair Up with a friend’s hero, and take on special battles where foes appear continuously in order to get the highest score possible. Of course, there’s some juicy rewards to earn, such as Dragonflowers!

By the way, Allegiance Battles have Seasons, similar to the Arena. In fact, said Seasons run during the same period, which is why the first one is going to be pretty short (second one kicks off on Tuesday!).

First, here’s what Allegiance Battles is all about: one of your Heroes team up with a friend’s Hero in order to tackle waves of enemies that appear continuously. Don’t worry if your Heroes don’t have the Pair Up ability: it’s not needed in this mode, and pretty much any Hero can use Pair Up (even regular units).

The goal consists in defeating the entire enemy forces (including the reinforcements) within 10 turns. If you do so, you get a score, which can be further increased via several bonuses. There’s several difficulty levels to choose from, and you’re free to choose whichever you want. Of course, you can also battle as many times as you want.

At the end of a Season, you receive two types of rewards: 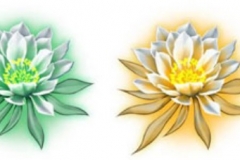 The Hero that ends up deployed is the one in the rightmost slot on the Edit Teams screen. They get paired up with your friend’s proxy Hero. However, if you have a Legendary Hero with the Pair Up ability, then they will be deployed with their Pair Up partner regardless of which slot they’re in. Do note that if you do not select a friend’s Hero, then your 4 Heroes will be deployed instead. And if no friend’s Heroes are available, you can still deploy your 4 Heroes too. 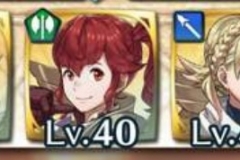 You can choose who to pair up with by tapping Allegiance Battles, then Challenge, and then Set Used Proxy. Unfortunately, you can only use a friend’s proxy Hero once a day. Of course, you can choose which Hero to dispatch as proxy for your friends to use from the Set Sent Proxy screen. 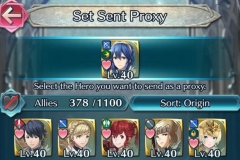 Next: scoring. Your score is calculated pretty much the same way as in the Arena, though there are also bonuses to increase it:

In case you’re wondering how the strength and score of enemies that appear in Allegiance Battles is calculated: it’s based on the strength of the 4 Heroes on your team (proxy Heroes do not count).