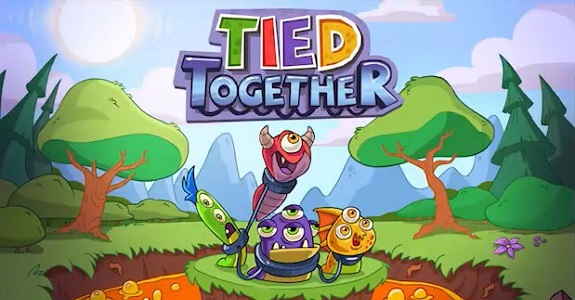 Today’s Nintendo eShop news: Game Dev Story++ and two other games by Kairosoft releasing next week on Nintendo Switch in Japan, but also…

Today, Kairosoft announced that 3 of their games are releasing on Nintendo Switch next week (on October 11th) in Japan:

It’s not clear whether those 3 games will also be released on the same day in Europe and North America, but considering the games are already available in English, a western release most likely isn’t that far…

Today, Two Tribes announced that they’re going to release another game on Nintendo Switch next month. It’s not a brand new game, since they’ve already confirmed RIVE would be their last one, but they specified that this “new” game will “probably” will feel new to many players. It’s pretty clear this is another port, but we don’t know which game is being ported. RUSH and EDGE look like the most likely candidates, but nothing is confirmed just yet.

Headup Games has announced that Tied Together will be released on October 19th in Europe and North America.

Here’s a trailer, more details, and some screenshots:

The colorful platformer thrusts players –Tied Together by a chain by the way- into several tricky, cooperative, experimental set-ups which only scientists could possibly come up with. In these environments, your skills of cooperating efficiently will be tested to the max as you overcome various obstacles, balance passages and deadly surfaces like spikes or lava. Not only will your skills be tested here, but also the strength of your friendship…

One fine day a bunch of scientists created four tiny monsters. But for what purpose? To test their cooperation skills of course! So, they tied them together into a tiny monstrous chain and send them on their way to make it through colourful & tricky, experimental set-ups which only scientists could possibly come up with.

Complaints that the plot is as flat as 2D? Bullseye! You are right. The stark truth is: YOU are the monsters and WE are the scientists. Get attached to your friends and we will test your cooperation skills and creativity! Your friendship might well just be tested too…

Single players don’t even stand a chance to handle the scientists’ challenges. Also, it’s a lot more fun to play with friends instead of playing alone, right?!? As a team you have to coordinate movement, jumps and cling to the ground and walls to complete the levels and stay alive. That’s not as easy as it sounds, but all the funnier! And every time your monstrous cooperative skills are not enough it will end up in great chaos – and great laughter.

Tied Together (Switch – eShop) comes out on October 19th in Europe and North America. The Upcoming Games page has been updated!