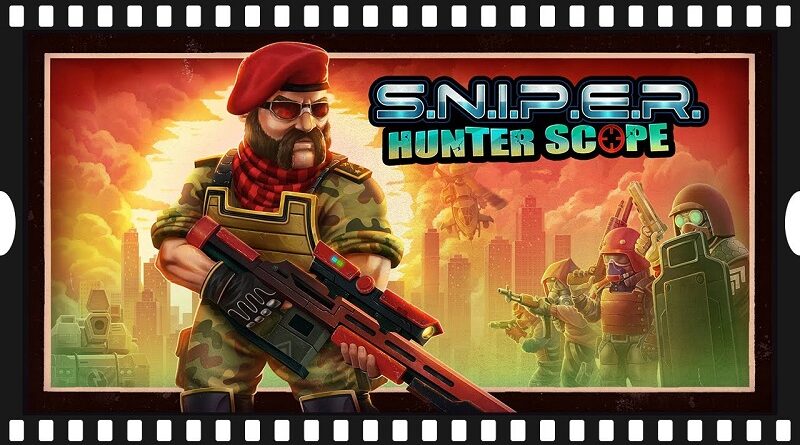 Baltoro Games have announced their latest game for the Nintendo Switch: S.N.I.P.E.R. – Hunter Scope, releasing on November 19th in Japan, and November 20th in Europe and North America. Players who own either Urban Flow or Paratopic on Nintendo Switch will be able to get it for free (offer available until December 19th).

Here’s a trailer, some details, the list of key features, and a couple of screenshots for the game:

Sniper: Hunter Scope is an exclusive rail-on shooter inspired by Virtua Cop, Time Crisis, Crisis Zone and Horde Mode games! In S.N.I.P.E.R.: Hunter Scope you will shoot, you will fight, and you will win! Play S.N.I.P.E.R., the latest sniping game where you aim, fight and destroy virtual enemies. Try different types of missions, inspired both by classic rail shooters and modern cover shooters. Fight your way out during day and night, destroy evil forces and unlock new weapons and power-ups. 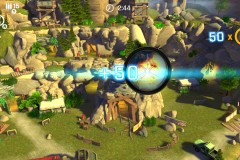 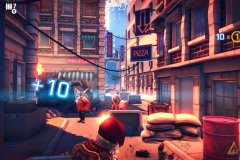 S.N.I.P.E.R. – Hunter Scope (Switch – eShop) comes out on November 19th in Japan, and November 20th in Europe and North America.

Shakes on a Plane

Assemble Entertainment have announced their latest game for the Nintendo Switch: Shakes on a Plane, a couch co-op game developed by Huu Games. It will be released on December 8th in Europe and North America.

The hilariously chaotic couch co-op title challenges players to work together 30,000 feet up alongside completely unqualified strangers from around the globe (and beyond). Here’s the thing — this gang ain’t your momma’s airline cabin crew; the staff are complete strangers who have been abducted from all over the world and forced to work together as flight attendants. But to what end? And by whom?

Inspired by acclaimed chaotic co-op titles such as Overcooked and Unrailed, Shakes on a Plane challenges players to work together with the odds stacked against them. While there are plenty of laughs to be had, Shakes on a Plane encourages coordination and teamwork with intuitive controls and easy-to-learn, difficult-to-master gameplay mechanics. Power through 27 levels of globetrotting fun — literally — as Shakes on a Plane is available in 29 languages on Steam!

Those who think Shakes on a Plane is only about serving hot food are sorely mistaken; players are responsible for unpacking luggage, monitoring turbulence, and using special character skills to reach objectives. Whether it’s shooting passengers out of the plane, teleporting around the cabin, or turning into a box to protect oneself from imminent death-by-trolley, Shakes on a Plane makes the most out of an elevated situation!

Shakes on a Plane (Switch – eShop) comes out on December 8th in Europe and North America.

Here’s some more details and the list of key features for Bear and Breakfast:

Bear and Breakfast is a laid back management-adventure game, starring our furry protagonist, Hank. Hank dreams of building a bed and breakfast in the woods with his friends. As the business expands, so do the mysteries of the forest, and Hank soon finds himself uncovering a plot deeper than the wilderness itself.

Bear and Breakfast is a laid-back management adventure game where you play as a well-meaning bear trying to run a B+B in the woods. Hank and his friends find an abandoned shack and, equipped with their teenage ingenuity, turn it into a money-making bed and breakfast scheme for unsuspecting tourists. As your business expands so do the mysteries of the forest, and Hank soon finds himself uncovering a plot deeper than the wilderness itself.

Friends, Foes, Forage: Moving through the story-rich world of Bear and Breakfast will have you stumbling across dozens of interesting folks and weirdos, much like yourself. Most of them have something to say about your endeavors and if you take some time out of your day to listen, they might help you build your shack to new heights!

Explore the Woods: Not everyone is as helpful or as needy though. Are you bear enough to search deep within the forest and your soul to find the mysteries that lie within?

Bear and Breakfast (Switch – eShop) does not have a release date yet.

Zerouno Games have announced that the Kickstarter campaign for Metal Tales: Overkill will go live on December 3rd (it was previously announced for October 27th).

Metal Tales: Overkill (Switch – eShop) does not have a release date yet.